An AA to ZZ system needs 676 images. Rather than use real people and famous comic characters as a system of images, I tried out creating a set of comic characters who follow conventions of what heroes look like in comics:

I decided upon rotating variety in the costumes and look of the characters: 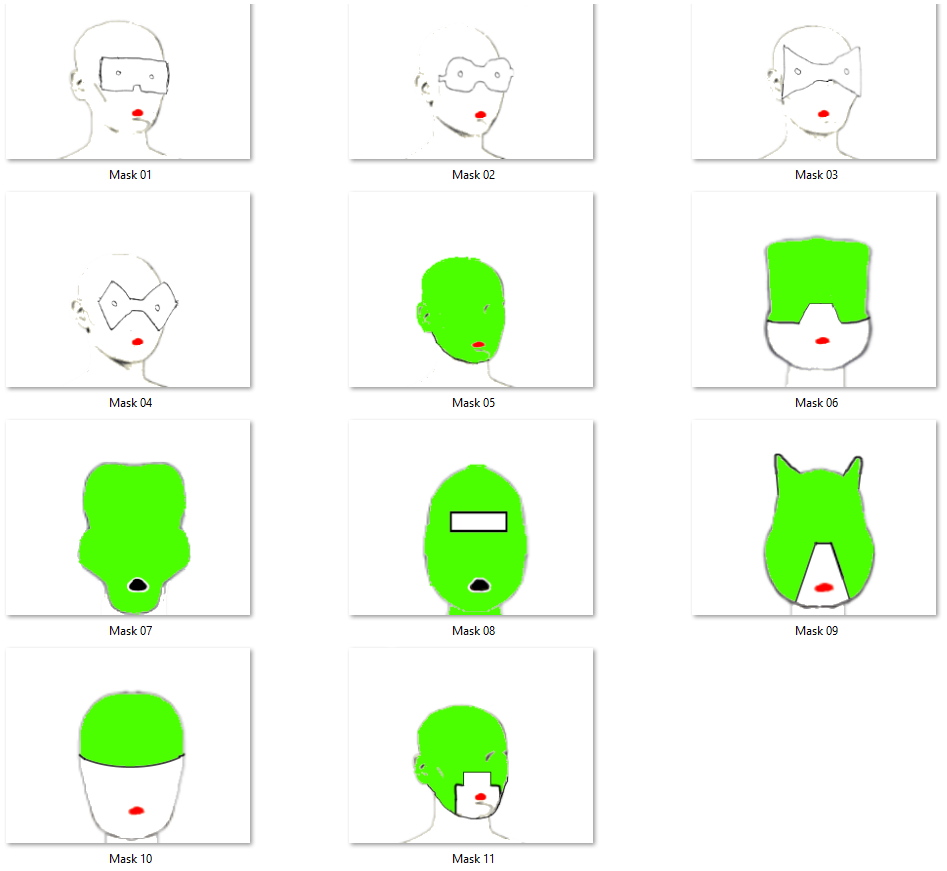 I extended the system to include Ch and Sh as if they are standalone letters also.

The men wear either trousers or shorts. The women wear skirts or trousers. But the kimono would have no extra clothing visible; and the trench coat would just be accompanied by trousers.

Skin colour uses 13 colours: the colours article colours: 1 to 12 and then colour 0.

Letter 1 of the letters pair indicates clothing and mask colour (see how A-Z and Ch and Sh have their own colour in the Colours article).

As a further detail, hair and hair colour could be added as spelling prompts or as number prompts. For instance a two digit number can be represented by using the 50 hair styles (explained in another article) where colours 0 to 9 can indicate that the hair styles represent digits 00 to 49; but hair colour 10 to 19 implies that 50 needs to be added to the regular hair style two digit number. In that way, digits 00 to 99 can be represented within a hair drawing. Hair can also represent letters of the alphabet - as can hair colour.

The eyes are colours 0 to 9. The eye colour colour changes every 10 heroes. The mask is the same colour as the clothes colour for that hero.

Including Ch and Sh letter pair combinations, there are 794 heroes.

Table of numbers and letters for making the heroes - quite big in file size.

Another idea for permanently associating a spelling prompt with each hero is to give them a weapon that implies a letter of the alphabet:

W: Staff with curl at top


Here is a video of the parts that need assembling and colour filling for the heroes.