I can make cartoon men by mapping numbers to facial or clothing or colour characteristics. So the person is cryptically containing number information.

For instance, facial effects are a choice of side burns or a straight moustache, etc..

I wanted 1000 images. I wanted them to represent 3 digit numbers from 000 to 999; but I also wanted the hair or hat to be a hint to a shorthand word from the shorthand article: the first letter of the shorthand is mapped to a particula hairstyle. 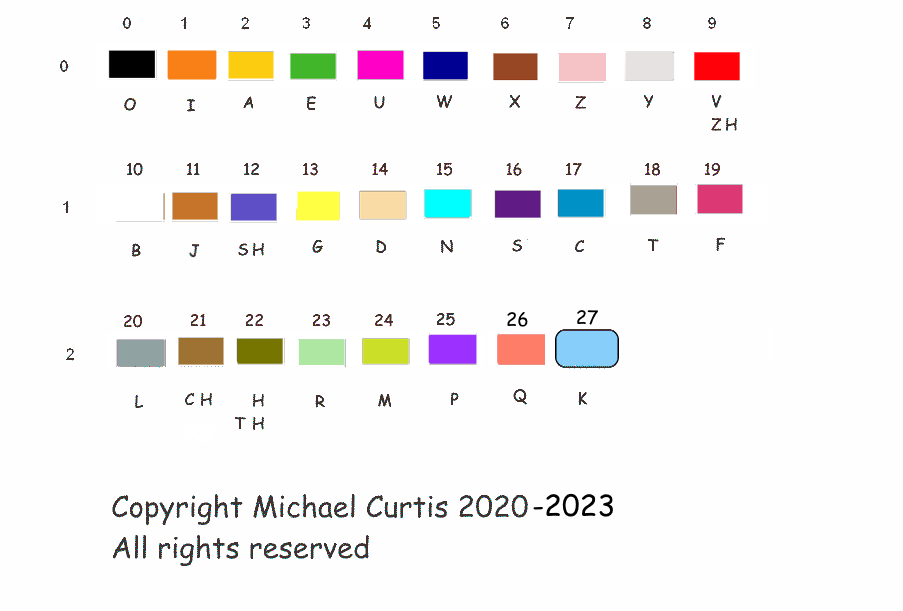 I used a log table to get 4 digits that are represented as facial effect, eyes choice, nose choice, mouth choice. If a log value is just three digits then I do not put a facial effect in the picture.

Skin colour follows the usual 7 colour system that you see in other 100 people systems; but the colours just loop and do not mean anything.

The person's name is itself be a mnemonic device: vocabulary; but a surname or a trivia list relating to the person could be a way to memorise more things about the person.

Each person can have attributes such as a sentence which is special to them [like in a comic speech bubble] and might be helpful for revising some educational material.

One idea for the sentences might be for the person to talk about other cartoon people as a way to cryptically contain information such as Chinese radical characters that comprise the drawing of the vocabulary word.

Eye colour can create variety in the 1000 people. But I decide dnot to use eye colour for the male 1000 system.

If someone has red shoes then it is someone whose shorthand code is a letter an a number; the hair colour symbolises the digit (in accordance with the earlier lesson about how colour can inmply a number).

Here is the table of values that the Male 1000 people are shaped by (The log of 0 is not defined. So I just used digits 0999 for the sake of facial variety.):


Note that the small moustaches and long moustaches are at time close to each other in length but are different moustache styles:

Note that the long moustache colour changes when contrasted against a darker skin.